The Banach-Tarksi paradox is one of the most counterintuitive and astounding results in mathematics. Informally, it states that we may slice a sphere into finitely many pieces which can then be reassembled into two exact copies of the original sphere.

The paradox arises from the fact that we have doubled the volume of the sphere by rearranging pieces of it. In this post, we’ll resolve this paradox by closely examining our intuitive notion of volume. In addition, we’ll show why the paradox is true, at least in spirit. (The actual proof of this result has some fairly technical and boring parts; we will show the illuminating idea behind the proof.)

The Properties of Volume

At first, this question seems perposterous. In fact, mathematicians did not give it serious consideration until the development of measure theory around the turn of the 20th century. The resolution of this question will lead to the resolution of the Banach-Tarski paradox. For now, however, we focus on the properties of volume whenever it is defined.

Third, moving or rotating a solid (but not stretching it) should not change its volume. More precisely, if \(T\) can be obtained from \(S\) by Euclidean isometries (translations, rotations, etc.), then \(V(S) = V(T)\).

We summarize these properties of volume here.

Some readers with mathematical experience may notice that \(V\) is a finitely additive measure.

which is now a reduced word.

We’ve managed to define the free group on two generators, but it seems rather abstract at this point. Fortunately, we are now in a position to connect \(\mathbb{F}_2\) to the Banach-Tarski paradox. The matrices

The Nonamenability of the Free Group 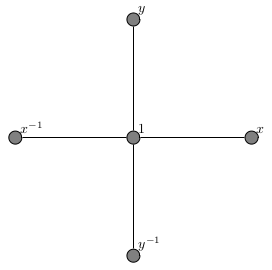 Repeating this procedure at each of the new vertices, we arrive at the following graph. (Vertex labels have been removed due to the increased density of the vertices.) 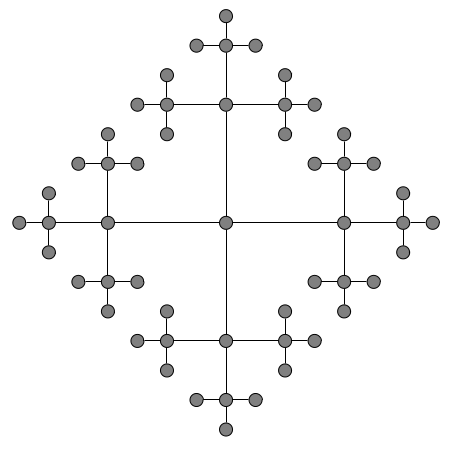 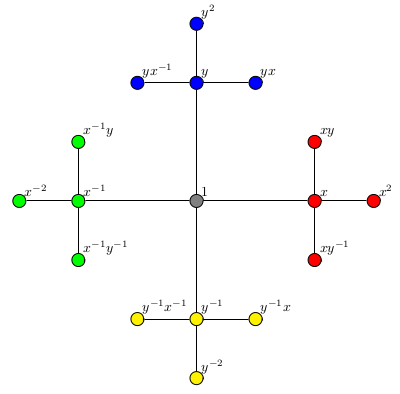 This decomposition is shown in the following diagram. 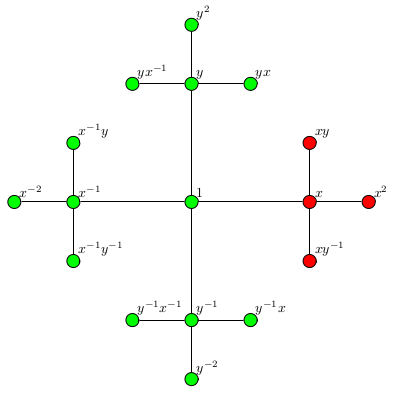 The Banach-Tarski paradox is resolved by noting that as long as at least one of the slices of the original sphere does not have a volume, the notion of doubling its volume is meaningless.